Labelexpo Europe 2017 proved to be another successful event for Mark Andy and our global network of distributors. Unveiling new technologies in digital and flexo equipment, crowds were both impressed and eager to learn more about the new wave of dedicated hybrid equipment brought to Brussels, Belgium. With dozens of signed contracts on the show floor, global reach of Mark Andy and Rotoflex equipment continues to spread.

This year’s booth featured Mark Andy’s digital and flexo options. Additionally, live demos of the Digital Series and Performance Series presses allowed potential customers to see in-action the updated capabilities of each press. Digital One demos spanned throughout the day and drew large crowds to the booth as well. 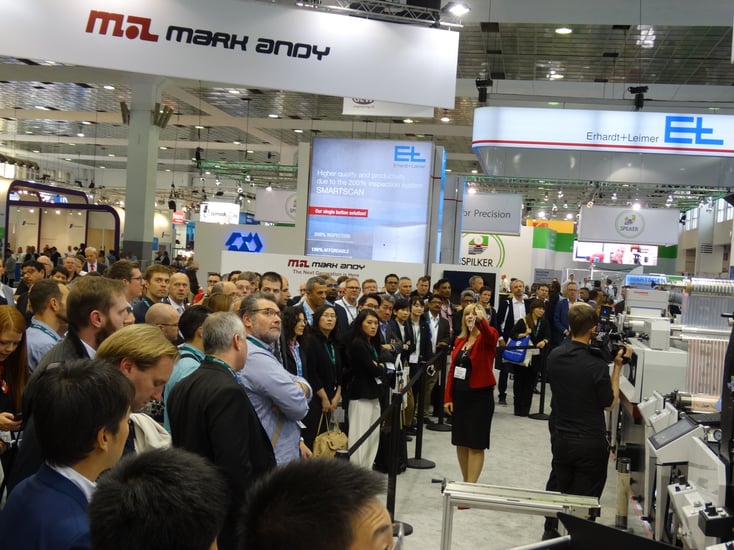 Demonstrations of the enhanced Performance Series P7 were well received by attendees during the four day show. Two designated demos were run on the award-winning narrow-web platform, showcasing flexible packaging applications and true hybrid production with Digital Plus Screen. Digital Plus Screen, an inline digital print bar launched at the event, serves as cost-effective alternative to traditional rotary screen.

Utilizing the same printheads and ink chemistry as Digital Series, the new unit delivers richly pigmented output with the added capability of printing reverse text, barcodes, and sequential numbers in a single pass. This new product reinforces the core message of Mark Andy’s Digital Plus program- that the benefits of digital printing are accessible to any converter, even those who primarily run flexo equipment.

Flexible packaging was a topic of discussion at this years event. Once a market off-limits for narrow web converters, food-safe flex pack jobs are right in the wheelhouse of those who chose to invest in an enhanced Performance Series press. This leap into new markets is made possible by an in-line solventless lamination process, which reduces pot-life issues of adhesive and costly downtime for offline curing. During this demo, two flexible packaging jobs were run by reverse printing on PET, laminating with the proprietary Mark Andy system, all while using low-migration LED inks.

Hybrid was a key point of focus for the company this year, with a core message that digital and flexo no longer are conflicting processes. With nearly 800,000 lines of code fueling a hybrid press, Mark Andy chose digital and flexo press elements from a single source, integrating them into a true OEM hybrid label printing solution in the Digital Series platform. True digital hybrid presses feature seamless in-line converting and finishing, all with the flexibility of digital, proving to be single-pass profit centers that are transforming the market. 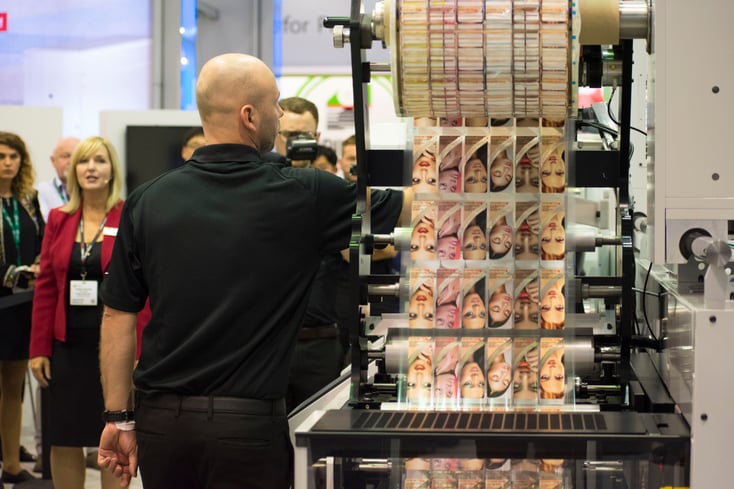 Show-goers gathered around to view the demonstration and watch the 2D animation.

Labelexpo 2017 marked the formal European debut of Digital One, a small footprint digital press launched to market Q3 of 2016.  Digital One garnered interest with its entry level versatility, affordable price point, and in-line finishing. Demo jobs, consisting of colorful craft beer and seed art files, were printed using CMYK digital print and a holographic cast and cure cold foil from Kurz. Adhesive for the cold foil was housed in a multi-purpose flexo deck just outside the digital print engine, and proves the hybrid nature of the technology. Takeaway samples for the press included prime labels as well as applications outside of the traditional label market, such as printed menus and event wristbands. 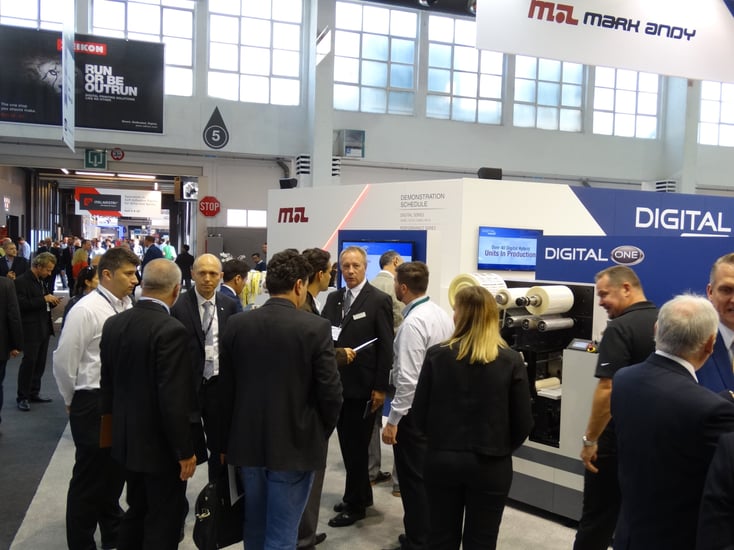 Mark Andy has seen exponential growth in the European market, furthering global reach and contributing to the company’s success at Labelexpo. Working with global distributors, Mark Andy is successfully expanding true hybrid capability into new markets. Overall, turnout at the Mark Andy stand exceeded expectations. Mark Andy would like to thank all those who participated in Labelexpo Europe 2017, from distributors to partners to employees. Events like Labelexpo Europe 2017 bring exciting opportunities to interact with global partners and make new connections in the printing and converting industry. Mark Andy looks forward to another great show next year.